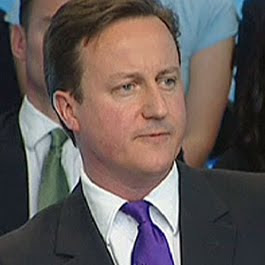 Cut Investing in these countries too, do not bring in revenue for them!

Britain will consider withholding aid from countries that do not recognise gay rights, Prime Minister David Cameron said, after Commonwealth leaders failed to adopt reforms on the issue.
"Britain is now one of the premier aid givers in the world. We want to see countries that receive our aid adhering to proper human rights, and that includes how people treat gay and lesbian people," Cameron told the BBC.

Cameron was speaking at the end of a Commonwealth leaders' summit on Sunday, in Perth, western Australia, which failed to adopt a recommendation to call for an end to homophobic laws in 41 member nations.

He insisted the issue of gay rights had been discussed at the summit and he had personally raised it with "a number of the African countries that I've been speaking with," although he would not say which ones.

However, Cameron said change would not happen overnight, saying: "They are in a different place from us on this issue. ... I think these countries are all on a journey and it's up to us to try and help them along on that journey."
Posted by Joshua Lopez at 1:37 PM