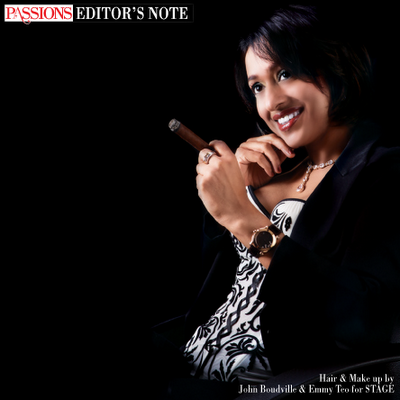 Dato' Beatrice is yet another fine example of high flying women, as Tun Dr.Mahathir Mohamad mentioned not to long ago in a foreign country that women in Malaysia are not restricted in achieving anything, Malaysian women today are on par, infact above many men in most sectors of the country. From teachers, uniformed forces, doctors, top corporate leaders, businesswomen, vice presidents, CEOs! Just name the profession and you'll see high flying women! This is Malaysia!

Below is an article written by Dato'Beatrice,
Women have come far over the past 50 years. We (women) are now decision makers, managers, leaders… We are reaping the benefits of opportunities in education and in business. We are now our own persons instead of being the mere wife, daughter, mother, sister, aunt, grandmother of someone else. We have gained the two greatest freedoms - the right to work and the right to be financially independent. There is a Brave New World out there, and men and women are playing a part in building it as equal partners.

Women have reached the top of their game and are respected by their peers for what they have achieved. And you know what? Their success have come about, not because they are women and not despite the fact they are, but because who they are. At the end of the day, your gender should only be an issue in the bedroom, bathroom, and the doctor’s room, but never in the boardroom. To quote Deng Xiaoping, “It doesn’t matter if the cat is black or white, just as long as it catches mice”. So it shouldn’t matter if you are a man or a woman, just as long as you can meet your deliverables.

I come from a traditional Indian family, where I was always told by my mother that good girls should walk with downcast eyes, not argue, nor talk back and worse… don’t walk confidently with your head held high and shoulders pushed back, because then, you are ‘manly’.

Well, I have kept my head high, and my shoulders pushed back in defiance of all cultural pressures and have done exactly what I have wanted to do. I tell my daughter that she can do anything and everything as long as she has the basic three qualities - intelligence, drive and the ability to work hard - none of which are gender-defined.

So, here I am, completing the Revolution. Only when women empower other women, the Revolution is successful. Men and that damn glass ceiling were never the enemies. We were our own worst enemies, and we have to be our own liberators.