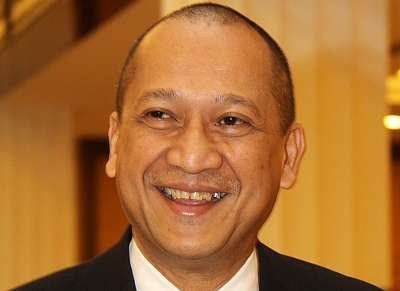 KUALA LUMPUR, Oct 31 — De facto law minister Datuk Seri Nazri Aziz says he has no problem with a non-Malay prime minister as long as the best man gets the job.
“If it happens that the best person is a non-Malay, so be it,” he told The Edge Financial Daily in an interview published today.
“I cannot say, ‘I’m Malaysian first, but the prime minister must be Malay.’ You can’t have your cake and eat it (too).”
Last year, Nazri (picture) became the first Umno minister to declare he was Malaysian first and Malay second, in line with Prime Minister Datuk Seri Najib Razak’s 1 Malaysia concept. “Yes, I am a Malaysian first and Malay next. Does any bigot have a problem with that?” the minister in the Prime Minister’s Department had said in an open letter to Utusan Malaysia last September.
His words appeared to be a direct snub to his superior in Umno, Deputy Prime Minister Tan Sri Muhyiddin Yassin, who once famously declared himself to be Malay first and Malaysian second.
But Nazri stressed today it was crucial for a Malay leader to lead the charge for greater inclusivity as non-Malay leaders would have a hard time garnering broad support.
“Someone has to take the lead. It is very important for a Malay leader to come forward,” he said.
“If a Chinese leader... or an Indian leader comes forward, it’s not going to change the country as they are not the majority community. So Malay leaders must take the lead.”
He added it was unacceptable for ethnic minorities to be told to go back to China or India more than half a century after Merdeka, and that Malaysians must instead respect cultural differences while celebrating what they had in common.
“For heaven’s sake, after 50 years we should accept each other now,” he said.