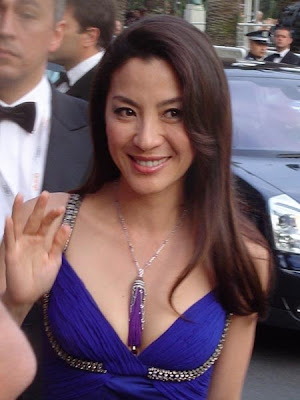 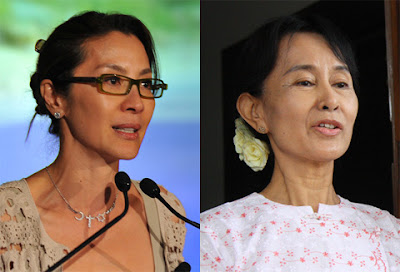 “She did not have the chance to enter Myanmar again. She was deported straight away on the first flight after arriving at Yangon International Airport,” a Myanmar official, who did not want to be named, told AFP.

“She’s on the blacklist now,” a second official said, declining to say why.

The Malaysian-born former Bond girl met the Nobel Peace Prize winner at her Yangon home in December after shooting scenes with French director Luc Besson in Thailand for the production, which has been kept under close wraps.

The film is expected to be released later this year.

Suu Kyi was freed in November after seven straight years of house arrest, less than a week after an election that critics said was a charade aimed at preserving military rule behind a civilian facade in Myanmar.

Suu Kyi, who turned 66 this month, has won international acclaim for her peaceful resistance in the face of oppression.

In 1990 she led her National League for Democracy party to a landslide election win that was never recognised by Myanmar’s military rulers. She boycotted last year’s vote, saying the rules were unfair.

Yeoh, 48, a former Miss Malaysia, shot to international fame when she co-starred with Pierce Brosnan in the 1997 James Bond film “Tomorrow Never Dies” as a tough but beautiful Chinese spy.

She then starred in Ang Lee’s “Crouching Tiger, Hidden Dragon” — a Chinese-language martial arts epic that was an international hit — and “Memoirs of a Geisha” based on the best-selling novel by Arthur Golden.
Posted by Joshua Lopez at 1:24 PM