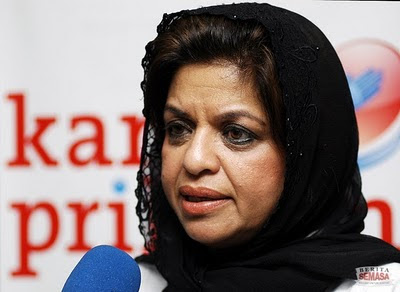 Women, Family and Community Development Minister Datuk Seri Shahrizat Abdul Jalil said the ministry viewed with alarm and great concern the act of sending the 66 schoolboys to a "boot camp"."The experience of being singled out on the basis of perceived characteristics is an extremely traumatising experience, particularly for adolescent teens. "Such profiling has potentially serious psychological repercussions and could harm the development and mental health of the children, as it exposes them to prejudices among their peers and members of their family and community."

Shahrizat said the ministry believed that such camps must be abolished as they did not serve the best interest of the child.Also, she said the matter was a clear violation of the Child Act 2001, which stated that "every child is entitled to protection and assistance in all circumstances without regard to distinction of any kind, such as race, colour, sex, language, religion, social origin or physical, mental or emotional disabilities or any other status".