A Foolish Speaker Went To A Chinese School 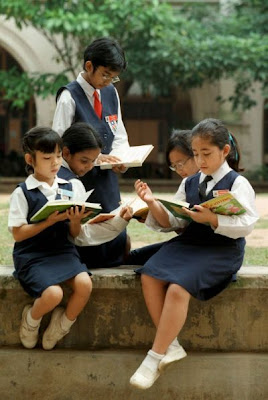 No one has the right to question consented sex between two young adults, whether it's before or after marriage, it's no one's business but the consenting couple.

On the other hand, a person's sexuality is the civil right of the individual. This speaker obviously is of a poor mentality and he should just keep his/her utter stupidity to him/herself. Such A Draconian Fool!

A speaker at a sex education talk in a Chinese primary school in Perak had told the pupils to shame those engaging in sex before marriage, reported China Press.

The daily reported that the speaker also urged the pupils to shame gays.

During the talk, the speaker had reportedly asked the pupils to loudly repeat a degrading word. His speech had caused a stir among netizens after a six-minute video of the talk was recently posted on YouTube.

Criticising the speaker as being too extreme, some of the netizens said that although pre-marital sex should not be encouraged, pupils should not be taught to use degrading terms.
Posted by Joshua Lopez at 9:51 AM