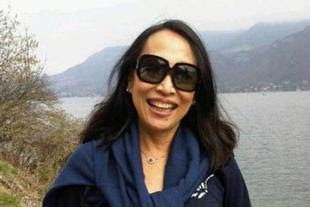 Prominent surgeon Susan Lim wrote to the Ministry of Foreign Affairs (MFA) saying that to defend herself properly she would have to expose information that could cause "unnecessary embarrassment" to Brunei and affect ties between the country and Singapore if a disciplinary hearing against her proceeded, the High Court heard yesterday.

Dr Lim's letter dated 1 March 2010 and addressed to Minister for Foreign Affairs George Yeo was presented yesterday to the High Court, which will have to decide whether the Singapore Medical Council (SMC) can set up a second disciplinary hearing against her regarding the fees she charged a patient, the cousin of Brunei's Sultan and sister of his queen.

SMC's lawyer, senior counsel Alvin Yeo, told the High Court that the letter amounted to Dr Lim "threatening" Minister Yeo and was another attempt by her to "subvert the legal process", according to The Straits Times. In the letter, Dr Lim said that "some of the facts that may cast a negative light on Brunei" include the medical condition of the patient and the "apparently inconsistent relationship between the Ministry of Health, Brunei, the Royal Family and the patient's family".

She also claimed that there had been "extraordinary and often unreasonable demands placed on me by the patient and the Royal Family, including significant out-of-pocket expenses I was made to bear... including the cost of a private air-charter to transport the patient to Brunei which I personally paid for", TODAY reported.

Pengiran Damit, who had breast cancer, was Dr Lim's patient from 2001 until her death in 2007. Last month, the news broke that Dr Lim charged her $26 million for the period January to July 2007, but later slashed the fee to just over $3 million. In a letter of reply dated 16 March last year, the MFA said it had taken note of Dr Lim's letter and that it "is not in a position to intervene in an ongoing legal process".

Dr Lim, who is facing 94 charges of professional misconduct by the Ministry of Health, also wrote to the chairman of the second disciplinary committee formed by the SMC to look into the complaint of overcharging against her. Yeo told the High Court that in the letter Dr Lim sought to raise "ridiculous assertions of purported personal or professional conflict of interest against" the chairman.

Earlier, the High Court heard that Dr Lim allegedly marked up bills of third-party doctors by as much as 500 times, allegations that Dr Lim's lawyer, senior counsel Lee Eng Beng, yesterday described as "false and mischievous". The reading of the bills were taken out of context and should include other services provided at the time, Lee contended. He also questioned SMC's lack of a benchmark to determine a case of overcharging. Meanwhile, as the hearings were being held, Lim herself was away travelling in the U.S. and Europe.

According to Dr Lim's husband, banker Deepak Sharma, she attended a medical conference in San Francisco before going on a private trip to a high-end ski resort in Courchevel, France, where she joined her two daughters, aged 19 and 21, The News Paper reported. On 20 March, she said on her Twitter page that was "starting the yearly pilgrimage up the mountain from Moutiers to Courchevel to enjoy the freshness of spring skiing."

On 19 March, she said she had an "exhausting day at the shops in Geneve with my teenage daughters before hitting the slopes". On 25 March, she tweeted, "Let not an honest citizen be trampled upon by public authorities when their injustice and irregularities are exposed." She had been expected to fly back to Singapore yesterday.
Posted by Joshua Lopez at 2:38 PM