Manohara Back With Her Life 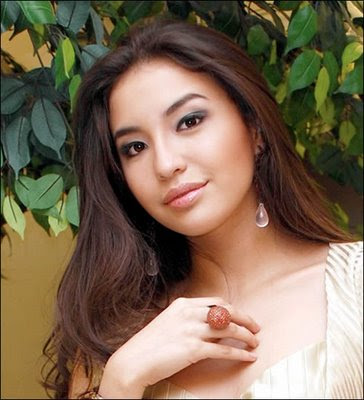 I'm Glad that she's doing great and getting a grip of her life. What she has gone through was a traumatic one and no woman should ever face that sort of abuse and trauma. Men (whoever they are) have no right to treat women as their slaves! Some Men have been poorly brought up and lack civics!

Jakarta (The Jakarta Post/ANN) - Indonesian model-turned-actress Manohara Odelia Pinot, who left her first husband in her teenage years, says she's prioritizing work over love these days. Apart from dabbling in the entertainment industry, the star of the Supergirl TV series is also involved in charitable work. "For me, any job that gives me good opportunities is worth doing. As long as I can still do it, why not? I like taking on new projects," Manohara said as quoted by kapanlagi.com. But with her busy schedule, it is almost impossible for the 19 year old to build a serious romantic relationship. But after her much-publicized breakup with her former husband, Malaysia's Kelantan prince Tengku Mohamad Fakhry Sultan Ismail Petra, Manohara wants to take things slowly. "I don't want to rush [this time], because I know the outcome won't be good. "
Posted by Joshua Lopez at 10:30 AM