Gillard In US Congress 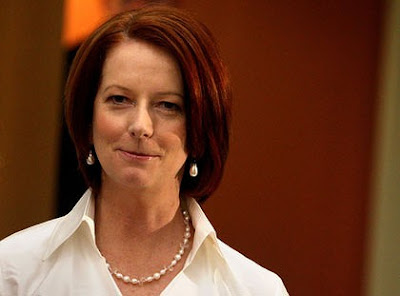 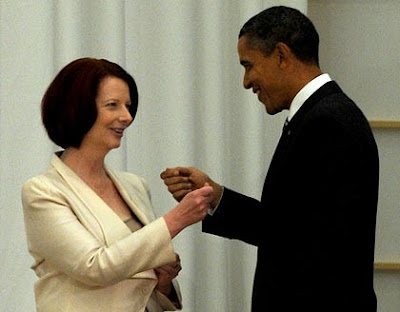 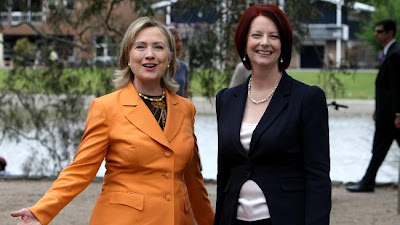 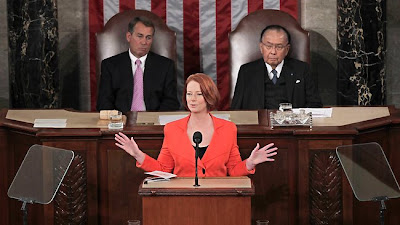 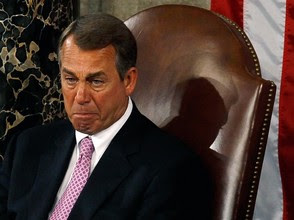 House Speaker John Boehner fought back tears during Ms Gillard's address
It wasn't Julia Gillard's blazing red hair, or even her accent that made her stand out in Washington this week. It was her message. As Australia's first female prime minister arrived, Washington was slowly emerging, in fits and starts, from a bitterly cold winter.
Amid a sea of charcoal overcoats, she delivered an optimistic, hopeful message to a politically wearied town. She put a positive spin on difficult policy demands to a city mired in seemingly intractable budgetary problems and reeling from two years of the most heavily partisan, divisive political antics the country has seen in some time.
Back in 2008, Ms Gillard's bright words might have seemed reflective of the country's mood. Then, America seemed in the thrall of a charismatic young presidential candidate, whose campaign revolved around those same themes: hope, change, reform, a bright future. But in the intervening years, the nation's mood, as reflected in Washington, has altered dramatically. While Australia was shielded from the worst of the recession, the American economy is still in the doldrums. Unemployment remains unacceptably high; confidence tentative, if not stalled. Over and over, she praised American optimism even in these bleak times. She said that ever since she was a little girl, she had always believed that Americans could do anything.
In her address to Congress - which was actually entitled "Be Bold" - Ms Gillard repeatedly emphasised the US-Australian alliance; the special relationship. She used the words friend and friendship 14 times. "You have a true friend 'down under'," she declared, to rapturous applause. "Your brave and free people have made you the masters of recovery and reinvention," Ms Gillard said.
"As I stand in this cradle of democracy I see a nation that has changed the world and known remarkable days. I firmly believe you are the same people who amazed me when I was a small girl by landing on the moon."
http://www.bbc.co.uk/news/world-us-canada-12692689
Posted by Joshua Lopez at 12:37 PM