Nokia Lost In The Woods 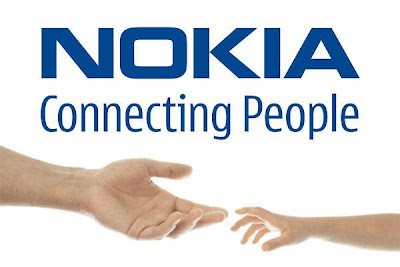 I Say, They have certainly lost the Market! They were once World's Top and today it's really a sad and dire state of affairs!

Stephen Elop, the chief executive officer of Nokia Corp., said in an internal letter to the company's employees that Nokia's "platform" was burning because of the company's inability to offer a competitive ecosystem to fight Apple iPhone and Google Android. The excessively emotional message is posted right before the company plans to announce a strategic shift for its smartphone business.

"The first iPhone shipped in 2007, and we still don’t have a product that is close to their experience. Android came on the scene just over 2 years ago, and this week they took our leadership position in smartphone volumes. [...] At the midrange, we have Symbian. It has proven to be non-competitive in leading markets like North America. [...] At the lower-end price range, Chinese OEMs are cranking out a device much faster than. [...] They are fast, they are cheap, and they are challenging us," said Stephen Elop, the ex-Microsoft executive that now leads Nokia.

While losing market share to Apple, a company that has consistently failed to grab a tangible market share on any markets but personal digital media players, is definitely a shame and disgrace for Nokia, losing volume market share to the camp behind Google Android is completely understandable as this camp represents a bunch of companies which combined power is much higher compared to Nokia's.

Earlier this year the CEO of Nokia admitted that Apple iPhone and Google Android are not just mobile phone platforms, but are large eco-systems that are hard to compete with. Essentially, from a number of prospects, it is Nokia's platform that essentially became a closed one, not Apple's.

It should be noted that Chinese makers of mobile phones do not represent any eco-systems, but just can make capable mobile phones cheaper than Nokia. But being a European company the world's largest phone maker simply cannot make that cheap phones. All-in-all, Nokia needs a strategy shift.

"We are working on a path forward - a path to rebuild our market leadership. When we share the new strategy on February 11, it will be a huge effort to transform our company. But, I believe that together, we can face the challenges ahead of us. Together, we can choose to define our future," said Mr. Elop.

But what will this shift be like? Any strategy change takes time. Here are some of the options: Start making phones based on Google Android and/or Microsoft Windows Phone. Drop the special-purpose smartphones, leave only low-cost and ultimate lines. Ensure compatibility of software for Nokia phones with other mobile platforms. Acquire or merge with another smartphone maker.
Posted by Joshua Lopez at 9:56 AM