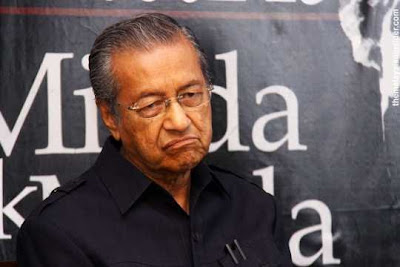 March 29 — Tun Dr Mahathir Mohamad today warned Barisan Nasional (BN) not to believe it would enjoy any guaranteed electoral victories, saying Pakatan Rakyat is an opposition unlike those from his days as prime minister.
“What is certain, it won’t be easy for BN to get two-thirds majority this time. The opposition now is not like that of the past, and the current situation is rather confusing,” Dr Mahathir was quoted as saying by Bernama Online today.
Last week, former finance minister Tun Daim Zainuddin predicted BN would have easy wins in Johor, Malacca and Pahang.
Daim had also forecast BN would lose five states in Election 2008, which the coalition did before it regained Perak a year later.
But the former finance minister also warned BN it faced uphill battles in other states, and described Prime Minister Datuk Seri Najib Razak and his team as “generals without soldiers”.
The next general election is not due until May 2013, but Najib is believed to be considering calling for one earlier, possibly in June or September.

Analysts says Najib, who took over from Tun Abdullah Ahmad Badawi in 2009 following the disastrous 2008 results, will need a return of BN’s traditional parliamentary supermajority to ensure he remains in power.