Aretha Franklin got engaged during Christmas 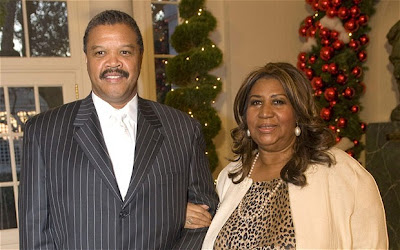 Congratulations Aretha Franklin!
The 69-year-old singer and William "Willie" Wilkerson hope to marry later this year in Miami, with the wedding expected to take place on a beach with a private party afterwards on board a yacht.
The pair became engaged over the Christmas holidays, according to news agency AP.
"We're looking at June or July for our date, and no I'm not pregnant, LOL!," Franklin said in a statement.
Franklin's new fiance is a former firefighter who she reportedly met more than 27 years ago while signing autographs in her hometown of Detroit, Michigan. The pair struck up a friendship after Wilkerson asked the singer to sign the cast around his broken leg.
The Grammy-award winning singer has been married twice before, first to Ted White in 1961 for eight years, then actor Glynn Turman in 1978 for six years. For her third ceremony, the soul singer is said to be looking into tailored wedding gowns by Vera Wang, Valentino and Donna Karan.