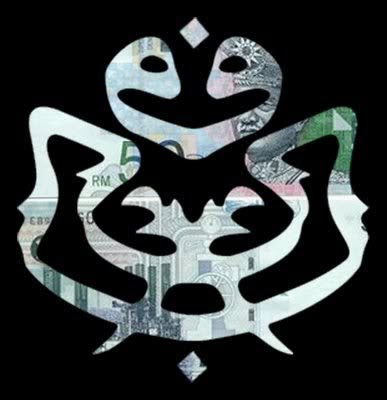 UMNO has proven to be shaking in her pants, Hence the profanities and racism!

KUALA LUMPUR, Nov 30 — Pakatan Rakyat (PR) bashing served as a focal point in today’s Umno Youth assembly, with delegates resorting to the use of foul language and insults to get their points across.
Umno state youth chiefs took turns attacking PR parties with a specific focus on DAP, accusing the party of systematically eroding the rights of Malays in states like Penang and Kedah.
One leader, Shaik Hussein Mydin, claimed that Malays and Islam were at risk in Penang, and said that PKR and PAS had “no power” to stop the repression of Malay community there.
“PKR and PAS are bapok (transvestites) and pondan (effeminate) as these days they have no power to challenge DAP.
“A vote for DAP is a vote for the destruction of Islam,” said the Penang Umno Youth chief to loud applause and shouts of “PKR, PAS tak ada telur!”
Zooming in on the island’s PAS state chief Datuk Salleh Man and state executive councillor in charge of religious affairs Abdul Malik Kassim (PKR), Shaik Hussin repeatedly called them “pondan” and “bapok.”
He accused DAP of being an “enemy of Islam” and Malays in general, alleging that under Lim Guan Eng’s administration, Malay food stalls had been demolished and Malay businesses affected.
He also said Penang’s previous plan of wanting to introduce mosque elections was “kurang ajar” (rude).
“Under DAP, Malays have become their ‘baruas’. I won’t mince my words, because I mean what I say.
“Anyone who supports DAP is a ‘bangsat’ (bastard),” said Shaik Hussin. He also brought up allegations that DAP were agents of “Christianisation,” saying that DAP Jelutong MP Jeff Ooi had never addressed claims that a function was held in Jelutong to discuss plans to install a Christian prime minister.
“This is the sad reality of Penang. Umno has to redouble its efforts here!” said Shaik Hussin.
Perak Umno state youth chief Khairul Azwan Datuk Harun continued the anti-DAP salvo, highlighting a state DAP leader’s alleged “racist” remark. “DAP is racist. Racist!
“If they say the Perak Mentri Besar is a ‘black metallic haramjadah’, then DAP is the mother and father of all ‘haramjadah’,” Khairul said to loud cheers from the Umno crowd.
Perak DAP leader Nga Kor Ming today apologised to Mentri Besar Datuk Seri Dr Zambry Abd Kadir for referring to the latter as “metallic black”, after his remarks caused an uproar in the Indian community.
But the Taiping MP and former state executive councillor continued to insist his words had been taken out context, claiming the phrase “metallic black” was in reference to Zambry and Barisan Nasional’s (BN) allegedly unconstitutional takeover of the Perak government.