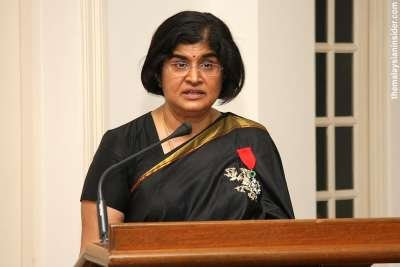 Pull Them To Court & Fix Them Proper! They are of the same mindset of Utusan's utter feudalism, manipulation & gangsterism!

PETALING JAYA: TV3 has yet to reply to the letter sent by Bersih 2.0 chairman Datuk S. Ambiga's lawyers regarding the channel's labelling of the annual Seksualiti Merdeka festival as a free sex festival (pesta sex bebas).

Responding to The Malay Mail's queries whether she will continue to sue TV3 on defamatory grounds, Ambiga said: "My lawyers sent a letter to them last week on their defamatory statement of calling it a 'program seks bebas' but my lawyers have not heard from them yet.
"I note, however, they have stopped using those words to describe the programme. Nevertheless, I await their response before consulting my lawyers further."

Ambiga had threatened TV3 with the lawsuit last week and said the media was unfair in misleading the public on the true nature of the event, and demanded they correct their description of the event.

Seksualiti Medeka is an annual sexual rights festival organised by a loose coalition of non-governmental organisations.

This year, the festival's theme was titled 'Queer Without Fear' and Ambiga was invited to launch the event by its organisers.