Queen Elizabeth May Have Her Great Grandaughter Following Her Footsteps 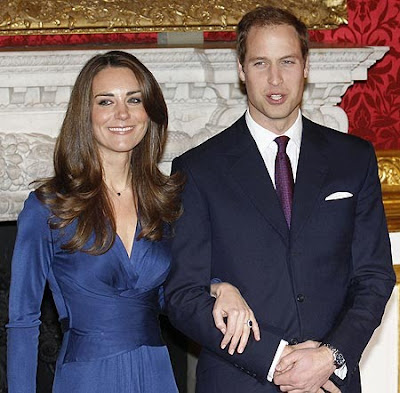 (BBC) Changes to the rules on succession have moved closer after David Cameron shared his plans with the 15 other countries who have the Queen as their monarch.
The PM wants to scrap the ban on spouses of Roman Catholics ascending to the throne and give girls the same right of succession as boys.
But he needs the 15 other Commonwealth nations to agree to the changes. They would apply to any children of the Duke and Duchess of Cambridge - even if they were born before a law change.
At present, the Act of Settlement gives male children the right to leapfrog their older sisters in the order of succession to the throne.

'Historical anomaly'
But in his letter, Mr Cameron said: "We espouse gender equality in all other aspects of life and it is an anomaly that in the rules relating to the highest public office we continue to enshrine male superiority."
The change would mean a first-born daughter of the Duke and Duchess of Cambridge could become Queen.
But it would not apply to previous generations, so Princess Anne would not leapfrog her younger brothers Andrew and Edward to become fourth in line to the throne.
Mr Cameron also said the ban on any monarch married to a Roman Catholic was an "historical anomaly" and could not "continue to be justified".
But he did not propose changing the ban on monarchs themselves being Roman Catholic because the British monarch is also head of the Church of England.
The monarch also has representation at the General Assembly of the Church of Scotland, either in person or through a High Commissioner.
A third change would amend the provisions of the 1772 Royal Marriages Act, which requires all descendants of King George II to obtain the monarch's permission before marrying.
The government proposes to limit that requirement to the first six in line to the throne. 'Matter for Parliament'
Any changes require the agreement of all 16 Commonwealth "realms" - the UK, Canada, Australia, New Zealand, Jamaica, Antigua and Barbuda, the Bahamas, Barbados, Grenada, Belize, St Christopher and Nevis, St Lucia, the Solomon Islands, Tuvalu, St Vincent and the Grenadines and Papua New Guinea.
Mr Cameron is to discuss his proposals with fellow leaders when he attends his first Commonwealth heads of government summit in Perth, Australia, later this month. Downing Street said that Buckingham Palace was "aware" of the prime minister's letter, but the Queen was unlikely to be involved in any discussions at Perth.
Changes to legislation were "a matter for Parliament", said Mr Cameron's official spokesman.
Posted by Joshua Lopez at 11:51 AM