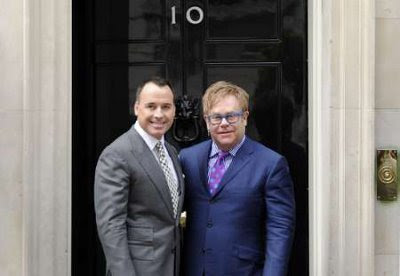 KUALA LUMPUR, Sept 12 — A new international gay rights group wants Commonwealth countries including Malaysia to do away with what it calls “colonial anti-gay laws”, and is now receiving support from politicians and celebrities to fight its cause.

The UK’s Independent newspaper reported the leaders of all three main political parties in Britain as well as top UK music stars Elton John and George Micheal will throw their support behind the movement — called Kaleidoscope which is trying to combat homophobic discrimination in the Commonwealth.

It comes after campaigners grew increasingly concerned at how homosexual persecution is being actively encouraged by some Commonwealth states — particularly in Africa.

Currently, 38 of the 54 members of the Commonwealth criminalise homosexuality, with penalties in including 20 years imprisonment plus caning in Malaysia.

Gays and lesbians’ rights are not recognised in Malaysia. The country retains a colonial-era penal code criminalising sodomy. Social attitudes towards the gay community are also shaped by Islam, the official religion in Malaysia.

Opposition leader Datuk Seri Anwar Ibrahim is currently facing sodomy charges for the second time in his life. He was charged with sodomy and corruption in 1998 after he was sacked from the Cabinet, and was later convicted and jailed for both offences.

In a diplomatic note to Washington DC that was leaked by whistleblower site Wikileaks through the Malaysia Today website, US Ambassador James R. Keith had said a recent Cabinet member and some of Datuk Seri Najib Razak’s senior aides would have found themselves under investigation for homosexual “behaviour” if the government were on a morals campaign”.
The most recent case of condemnation towards gays in Malaysia was when a Malaysian gay pastor announced he planning to marry his partner.

Umno-owned daily Utusan Malaysia condemned the marriage plans and had demanded that the government stop it from happening.

In an editorial, the paper stressed that Malaysian society’s value system based on religious tolerance could not be compromised, and that gay marriages threatened the country’s “value system.”

Kaleidoscope says while many countries have national gay rights organisations there is no overall international body which can coordinate action.

The group wants large multi-nationals to pressure regimes to change laws, particularly in more developed Commonwealth countries like Singapore where homosexuality is illegal.

Nearly all the Commonwealth’s anti-gay laws are colonial legacies. They were introduced by Britain in the nineteenth century and never repealed when those colonies won independence.
Posted by Joshua Lopez at 6:57 PM