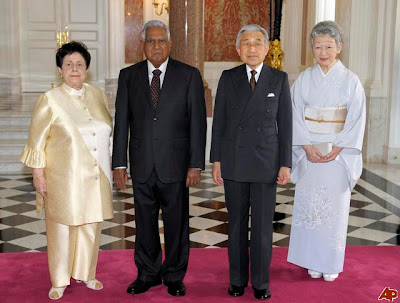 You Have Done Very Well Mr.President & I Wish You All The Blessings From God Almighty. Happy Retirement & Be Jolly!


He was re-elected in an uncontested election in 2005 for a second six-year term. Nathan is scheduled to hand over the post to Dr Tony Tan Keng Yam, who won the election last Saturday, at the Istana tomorrow.


This evening, Prime Minister Lee Hsien Loong and the Cabinet hosted a farewell reception for the outgoing president.


Nathan had said that his greatest achievement as president was the ability to bring Singaporeans of different races and religions together.