U.S., Europe call for Syrian leader al-Assad to step down 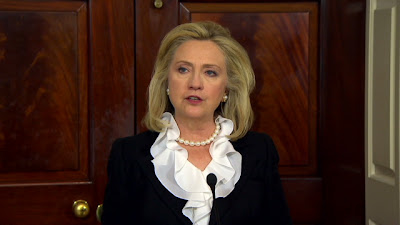 This Barbarian Must Go Or Just Put Him Down!

Washington (CNN) -- Top U.S. and European leaders called Thursday for Syria's president to step down, significantly ratcheting up international pressure against a regime that has been criticized for its harsh crackdown against anti-government protesters.


"The future of Syria must be determined by its people, but President Bashar al-Assad is standing in their way," President Barack Obama said in a written statement. "We have consistently said that President Assad must lead a democratic transition or get out of the way. He has not led. For the sake of the Syrian people, the time has come for President Assad to step aside."


The leaders of Canada, France, Germany, the United Kingdom, and the European Union echoed Obama's demand.


"Our three countries believe that President Assad, who is resorting to brutal military force against his own people and who is responsible for the situation, has lost all legitimacy and can no longer claim to lead the country," British Prime Minister David Cameron, French President Nicolas Sarkozy and German Chancellor Angela Merkel said in a joint statement.


"We call on him to face the reality of the complete rejection of his regime by the Syrian people and to step aside in the best interests of Syria and the unity of its people."


U.S. officials, who asked not to be named because of the sensitivity of the matter, have said they expect similar calls for al-Assad to step down in coming days from other leaders.


U.S. Secretary of State Hillary Clinton said the United States "will take steps to mitigate any unintended effects of the (new) sanctions on the Syrian people."
"These actions strike at the heart of the regime," Clinton said, noting that the United States expects other countries "will amplify the steps we are taking."