J.Lo heading back to 'American Idol' 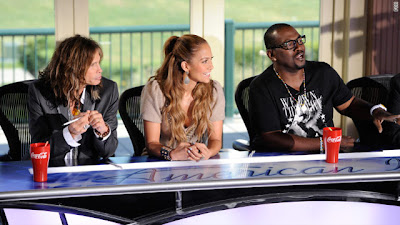 (CNN)“American Idol” executive producer Nigel Lythgoe called into Ryan Seacrest’s radio show on Wednesday to talk about tonight’s “So You Think You Can Dance” finale.... and to drop an “Idol” bomb.


Jennifer Lopez, Steven Tyler and Randy Jackson will all be back behind the judges’ table for the show’s eleventh season.


The announcement came after Seacrest asked Lythgoe, “Do you want to go ahead and do the Jennifer announcement here, or are we still waiting?”


To which Lythgoe responded, “I believe we’re still waiting for the official announcement, but I am delighted to say that all three judges, along with the brilliant host of ‘American Idol,’ [are] back for the next season.”