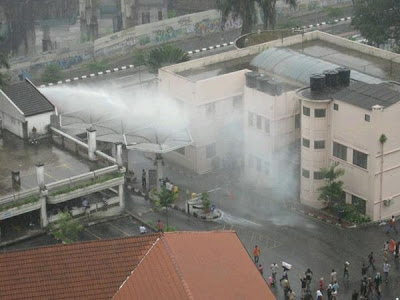 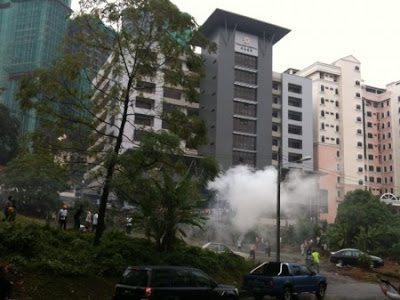 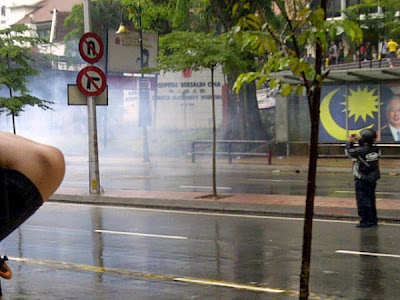 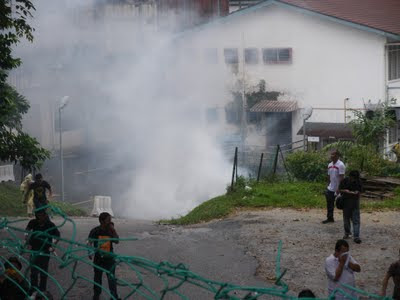 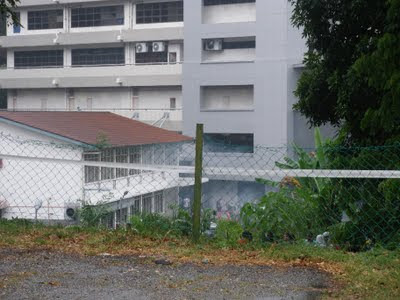 They (FRU) fired a canister into the very compound of the hospital!

This is hospital, for the love of God!!!!

There are some who don't believe it! So here is the documented evidence.The crowd was being tear-gassed at Jalan Pudu. At that time, it started to rain heavily which was good for dispersing the gas, but bad for the people who were getting drenched.

So a whole bunch of people decided to take shelter in the hospital until the rain ceased.But there was a helicopter patrolling the skies.

The authorities must have discovered that there was a big crowd there.Frankly, none of us were expecting to be tear-gassed in there. Not only because it was a hospital, but because no one was chanting or moving anywhere.

So I was startled to hear a scramble and see a cloud of smoke engulfing the area.