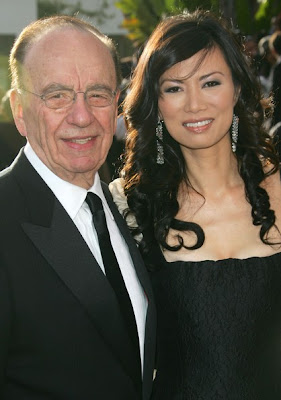 I Firmly Agree with Mr.Rupert Murdoch on Singapore!

While facing a grilling by the UK parliament on Tuesday, media tycoon Rupert Murdoch praised Singapore as a model country, saying it is temptation-free because of its high ministerial pay, indirectly suggesting that UK ministers should be paid as much to prevent corruption.

The 80-year-old CEO of News Corp said that "the most open and clear society in the world is Singapore -- the cleanest society you can find anywhere -- as every minister is paid at least one million dollars a year and has no temptation to transgress".

Murdoch was speaking at a hearing into the phone hacking scandal of his group's News of the World tabloid.

Murdoch's intriguing statement brought about negative responses from the parliament. "Good luck in selling that one," the furious MP Damian Collins replied. The entire parliament even laughed in mockery.

Singaporeans reacted to his comment in dismay, too. Speaking to Yahoo! Singapore, 33-year-old business manager Benson Ang was appalled by Murdoch's remark. "Did I just hear that right? While higher salaries might reduce corruption, it will create much unhappiness and resentment among the taxpayers towards the government, which will bring about more problems than solutions, just like Singapore's case," he claimed.

In a lighter stance, Janson Choo agrees with Murdoch but points out that some Singapore ministers lack certain qualities to run the country. "To be fair our ministers are definitely non-corrupted, but some are probably incompetent," he said on Facebook.

David Cameron, the Prime Minister of UK, currently draws an annual salary of £142,000 (S$279,000) while Prime Minister Lee Hsien Loong takes in S$3.87 million every year. Is there a linear relationship between the high ministerial pay and the low level of political corruption?

Rewarding its government ministers with huge wages has been a controversial topic in recent years, particularly during the recent General Election, which then prompted a review of ministers' salaries.