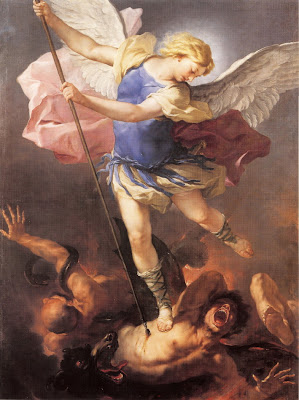 Painting Of St.Michael The Archangel Dealing With Satan!

It would be only the second meeting between a Malaysian leader and a pope. Former Prime Minister Mahathir Mohamad met Pope John Paul II at the Vatican in 2002 for talks focusing on Christian-Muslim relations and the Middle East.

A representative of Prime Minister Najib Razak says a meeting with the pope is scheduled for shortly after Najib visits London in mid-July. Establishing diplomatic ties is expected to be among their topics of discussion.

The official spoke on condition of anonymity Monday because he was not authorized to make public statements.