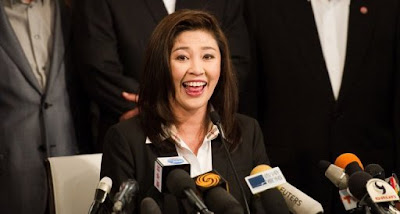 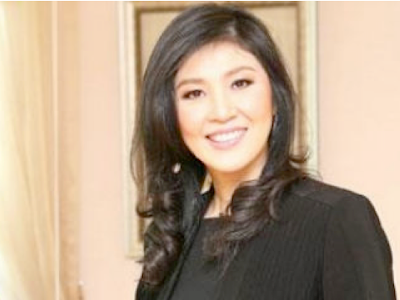 Bangkok (CNN) -- Yingluck Shinawatra was poised to become Thailand's first female prime minister Sunday after her party won a majority of parliamentary seats in the nation's general elections.
The official tally had not yet been completed, but with more than 90 percent of votes counted Sunday night, Yingluck's Pheu Thai party had won 262 seats in the country's 500-seat parliament.
Ms Yingluck is the ninth child in a highly political family. She has two degrees in politics - undergraduate from the northern city of Chiang Mai, her family's powerbase, and masters from Kentucky State University in the US.
Yingluck Shinawatra has appeared more natural with ordinary Thais than her opponents Until now, she has pursued a corporate career, formerly as managing director of AIS, the telecommunications firm her brother founded, and managing director of SC Asset Company, a family firm involved in property.
In her bid to become the first female prime minister, Ms Yingluck said she planned to use her attributes as a woman to promote national reconciliation and asked for the chance to prove herself.
"I am ready to fight according to the rules and I ask for the opportunity to prove myself. I ask for your trust as you used to trust my brother," she told a party meeting in Bangkok. "I will utilise my femininity to work fully for our country."
Ms Yingluck's much-lauded feminine charms indeed electrified the campaign trail. When she smiled and bent at the knees to exchange a wai - the prayer-like gesture of respect - with a wizened grandmother or weathered farmer, people seemed to warm to her. Her young son, Pipe, has also appeared with her at election rallies.
Posted by Joshua Lopez at 10:12 AM