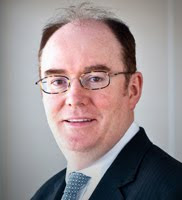 Dr.Gerard Lyons, Chief Economist at Standard Chartered, says in the ongoing growth super-cycle, innovative policy design is the way ahead for India to optimise the benefits of its demographic dividend likely in the next two decades.
He says India is catching up with China after a slow start. China’s economy opened up in 1978 and has witnessed phenomenal success. India, by contrast, only opened up its economy after the crisis of the early nineties.
However, India’s economic transformation only took off around the turn of the century. This was some twenty years after China, although India’s starting position was probably somewhat better.

Yet, particularly in the eyes of the world, it leaves India with much to do. In this super-cycle though, India is likely to grow at a faster pace than China.
Economic Times - India
Posted by Joshua Lopez at 10:20 AM