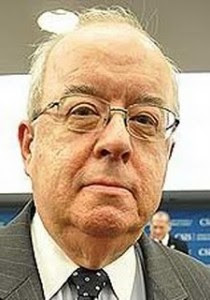 Malott, who was Washington’s envoy here from 1995-98, in an opinion published in the Wall Street Journal today said a clean and fair elections in Malaysian would mean the end of Najib and his ruling coalition.

“Bersih’s main issue is not freedom of assembly but the fairness of Malaysia’s democratic process. Bersih’s backers ask how anyone can be opposed to free and fair elections. “It’s an easy question to answer. The United Malays National Organisation (Umno), of which Najib is president, is the longest continuing ruling party in the world, and it is running scared. “Many observers of Malaysian politics believe that electoral reform will lead to the ruling party’s defeat, and that is why Umno is afraid of Bersih,” he said.

Malott also accused Najib of undermining the authority of the King when he backpedalled on his promise to provide a stadium for Bersih to hold its July 9 rally if it agreed to call of its planned street protests.

“Najib has undermined the authority of the king, who gave Bersih and its concerns credence by meeting with its leadership and calling for a negotiated solution”.

King’s advise was of peace and harmony

Despite the gravity of Yang Di Pertuan Agong Tuanku Mizan Zainal Abidin’s advise, that Najib’s government and Bersih dialogue on electoral reform, he now appears disinterested in fulfilling his promise, telling Bersih that it would not be allowed to hold its rally anywhere within the capital city.

Malott had described the King’s intervention as wise and done in the spirit of peace and harmony.

Najib seems to be cleaning his hands off the calamity by passing the buck to the police, giving them full discretionary power to decide if Bersih could hold its rally tomorrow in a stadium.
Najib’s cousin, Home Minister Hishammuddin Hussein also appeared to have ignored the King’s call for peace and refused to revoke the ban on Bersih.

Its status as an “illegal organisation” remains with the police threatening arrests on any one displaying the Bersih insignia openly.

More than 250 arrests have been made in relation to the planned rally. The majority of them were arrested for simply wearing yellow Bersih tees or badges.

Bersih, a coalition of 62 registered NGOs, said they were dismayed by Najib’s drastic turnabout, saying he had reneged on his promise.

This led them to decide on the historic Stadium Merdeka as the venue for the rally with or without a permit tomorrow.

Malott said Bersih’s demands for electoral reform is valid despite the government’s attempt to negate accusations of a flawed election system by pointing to the opposition’s 2008 election gains.

“Najib and his allies say that the opposition’s gains in 2008 prove that Malaysia’s elections are free and fair. Impartial observers disagree. Academic studies have enumerated how the Election Commission gerrymanders electoral districts to benefit the ruling party.

According to Malott, the US State Department’s human rights report states that opposition parties in Malaysia are unable to compete on equal terms with the governing coalition because of restrictions on campaigning and freedom of assembly and association.

“News of the opposition,” the US says, is “tightly restricted and reported in a biased fashion.” The department also reported that despite the many election irregularities during the 2008 election, “most observers concluded they did not substantially alter the results” but Malott said “unless the electoral reforms that Bersih is calling for are made, we will never know”. The former US ambassador to Malaysia also encouraged Malaysians to “exercise their constitutional rights”

“Tomorrow’s protest represents a brave step in what Malaysians but also the international community should hope will begin the country’s transition to full democracy.

“Najib should display courage and ensure that a peaceful rally that seeks the fundamental rights of democratic peoples everywhere does not turn into a bloody confrontation.”