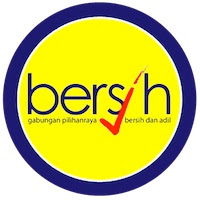 Following a meeting with the Agong this afternoon, Bersih 2.0 chairperson Dato' Ambiga Sreenevasan said the NGO coalition has agreed to hold its rally in a stadium.

Met outside the national palace after an audience with Tuanku Mizan Zainal Abidin at Istana Negara, Ambiga said the coalition “will cooperate with the government and accept their offer to have the event in a stadium”.

“Therefore, the rally on the street will not take place.” The movement does not yet know which stadium will be used. This will be announced at a later date. “We are very grateful for the (audience with the Agong) and will accept the government offer,” Ambiga added.

Prime Minister Najib Abdul Razak had earlier proposed that Bersih holds its demonstration in a stadium rather than on the streets of Kuala Lumpur.

Asked whether the decision reflects a compromise on the part of Bersih, Ambiga said it was, given the circumstances.

Yesterday, Bersih 2.0 submitted a formal request for an audience during which they intend to explain the movement’s position and seek the Agong’s advice on the rally.

Bersih 2.0 had requested for the audience because the Agong had issued a special statement on Sunday night.

The Agong had said that, while it is incumbent on the government to fulfill its responsibilities in a “just and wise manner”, street demonstrations would bring more harm than good, even if the original intention is good.
Posted by Joshua Lopez at 5:51 PM