Beckham 'lined up for knighthood' 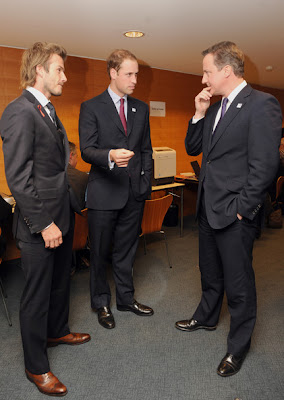 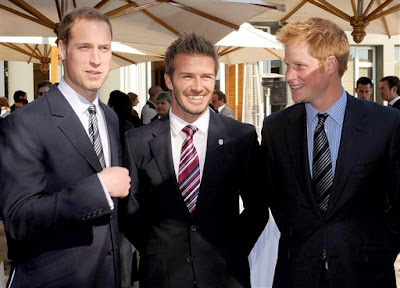 According to the Daily Express, Prime Minister David Cameron and Prince William are backing the move.

The former England captain, already an OBE, was heavily involved in London's successful 2012 Olympic bid and doomed bid to host the 2018 World Cup.

Sir Trevor Brooking, for one, is keen to see Beckham become 'Sir David'. "I can’t think of anyone in sport more fitting to be awarded a knighthood than David Beckham,” he told the newspaper.

“He has been a fantastic ambassador for the sport both on and off the field, a true gentleman and role model.”

Cameron said: “I pay tribute to David, who is an incredible role model in sport.” Beckham, 36, and wife Victoria are thought to have asked William, the Duke of Cambridge, to act as godfather to recently-born daughter Harper Seven.

They attended the Royal Wedding in April and met up with the future heir to the throne in California recently, where Beckham plies his trade with LA Galaxy.

His contract with the MLS franchise ends in November and he may be tempted back to Europe by a lucrative offer. He has also been backed for a role with the Great Britain team at the Games next summer. Eurosport
Posted by Joshua Lopez at 5:09 PM