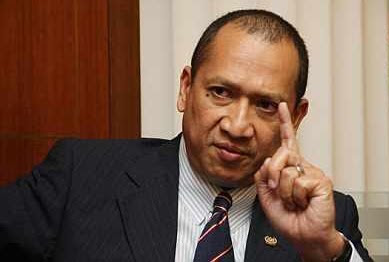 KUALA LUMPUR: The presence of Sudanese president Omar al-Bashir at the Langkawi International Dialogue (LID) could be an embarrassment for Malaysia, said Minister in the Prime Minister's Department Datuk Seri Nazri Aziz.

Nazri said al-Bashir's invitation to the three-day economic forum to be held here from June 19 should be discussed in Cabinet because it could be an embarrassment even if he was not arrested.

The International Criminal Court (ICC) issued an arrest warrant to the Sudanese government for al-Bashir in July 2008 for war crimes, crimes against humanity and genocide for his role in the Darfur conflict, which saw an estimated 300,000 killed by civil unrest and 2.7 million others displaced.

“The foreign office has its reasons for inviting him (al-Bashir) for the moment, but I will still bring it up in Cabinet on Friday,” Nazri told reporters at Parliament yesterday.

“The Government has not withdrawn its invitation, but this matter needs to be discussed from all aspects, not just legal. The Cabinet will have the final say.”

Nazri said although Malaysia was not a member of the ICC, it should begin to ratify its position. Malaysia announced its intention to join the ICC in March this year.

The Netherlands-based court has no police force and relies on member states to execute its orders and warrants.

Although Zimbabwean president Robert Mugabe was also invited to the conference, Nazri said there was no issue with him as there was no arrest warrant issued against him. Ipoh Barat MP M. Kulasegaran submitted an emergency motion yesterday urging the Government to cancel its invitations to Mugabe and al-Bashir.
Posted by Joshua Lopez at 11:29 AM