Dr.George Rekers Is A Sick Man 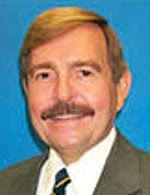 He uses gay men as tools for his experiments to change them into straight men. The Techniques use is nothing but belittering, mocking, cursing, brainwashing and using religion as the passport to instill fear and hatred towards LGBT people.

Conveniently a psychologist & pastor, he turns himself into a bitter and disgusting rotten apple punch which persistently injects hatred & fear coupled with curses, belittering and homophobia. All in the name of his "experiments" & "religion."

A Bloody Sick Old Bigot & Murderer. His "experiments" of LGBT people causes them to resort to suicide. An Bloody Hypocrite he is as his sexuality comes to huge question after he checked into a hotel with a pretty boy he rented!

George Alan Rekers (born July 11, 1948) is an American psychologist and ordained Southern Baptist minister. He is emeritus professor of Neuropsychiatry & Behavioral Science at the University of South Carolina School of Medicine.


Rekers has a Ph.D from University of California, Los Angeles and has been a research fellow at Harvard University, a professor and psychologist for UCLA and the University of Florida, and department head at Kansas State University. In 1983 Rekers was on the founding board of the Family Research Council, a non-profit Christian lobbying organization, and he is a former officer and scientific advisor of the National Association for Research & Therapy of Homosexuality (NARTH), an organization offering conversion therapy intended to change homosexuals into heterosexuals.

Rekers has testified in court that homosexuality is sinful and destructive and against parenthood by gay and lesbian people in a number of court cases involving organizations and state agencies working with children.

In May 2010 Rekers employed a male prostitute as a travel companion for a two-week vacation in Europe. Rekers denied any inappropriate conduct and suggestions that he was gay. Rekers subsequently resigned from the board of NARTH.