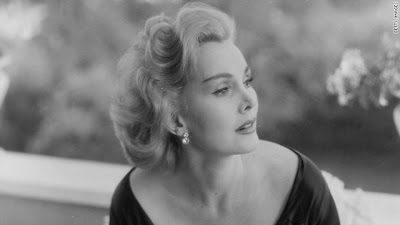 May God's Grace, Blessings & Love Be Upon Her, Amen.

Los Angeles (CNN) -- Zsa Zsa Gabor suffered another health setback Wednesday morning, the latest in a series of medical stuggles for the 94-year-old actress, her husband said. "She got into a little coma," Prince Frederic von Anhalt said.

Gabor was taken to Ronald Reagan UCLA Medical Center Tuesday afternoon because the feeding tube inserted into her stomach was "bleeding ... like a fountain," her spokesman said. She had been released from the same hospital a day earlier after being treated for pneumonia. Doctors were working hard on her Wednesday afternoon, von Anhalt said. "She doesn't respond," Prince Frederic von Anhalt said.

He said she is suffering from a stomach infection. Gabor, 94, has been in and out of the hospital many times in the past year. She underwent hip replacement surgery last summer and a leg amputation several months later. She has been unable to walk since a 2002 car accident.

The Hungarian-born actress, the second of the three celebrated Gabor sisters, is famous for her many marriages and strong personality.