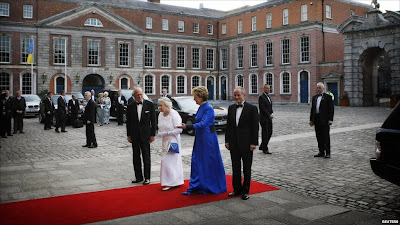 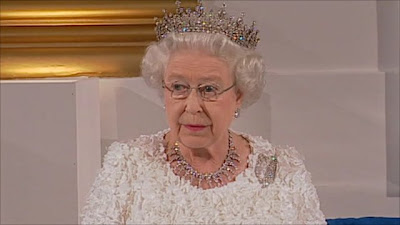 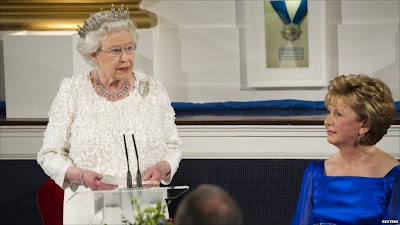 Her Majesty dealt with the issue in a graceful and elegant manner as always.

(1) By opening her speech in Irish, the Queen delivered one of the most powerful soundbites of the peace process.
(2) "Wow" was how Ireland's President Mary McAleese responded as the British monarch spoke in the native Irish tongue.

(3) Open-mouthed, she said it again - "wow".
(4) It was only a couple of words, but by using Irish, the Queen demonstrated a respect for independent Ireland that helped to exorcise some of the ghosts of the past.
(5) The extended standing ovation for the speech showed how well it went down.
(6)Never mind the King's Speech, the Irish history books will be more interested in the Queen's speech.