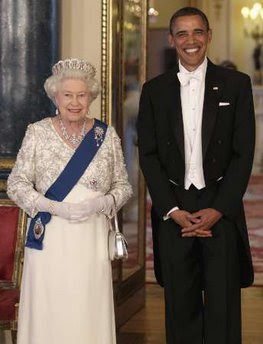 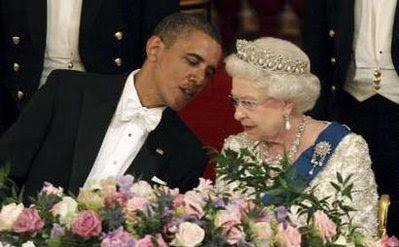 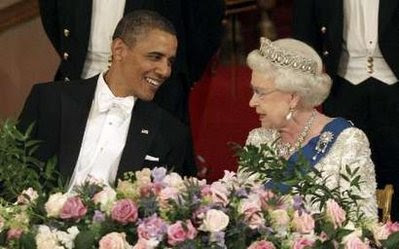 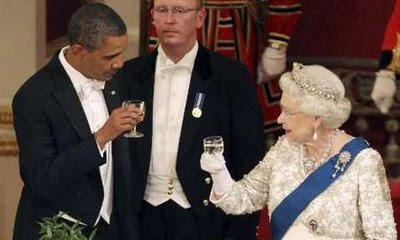 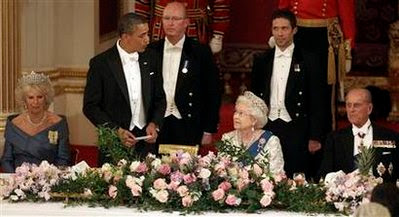 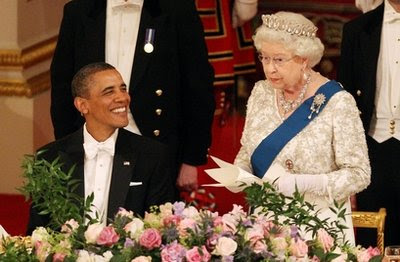 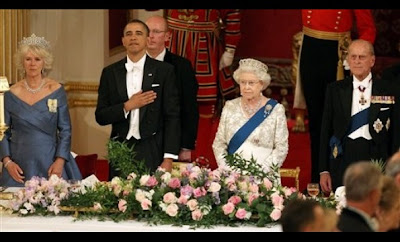 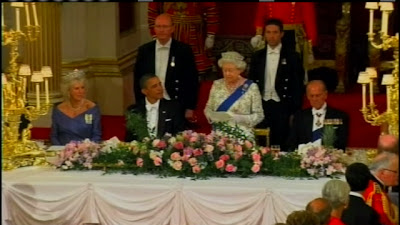 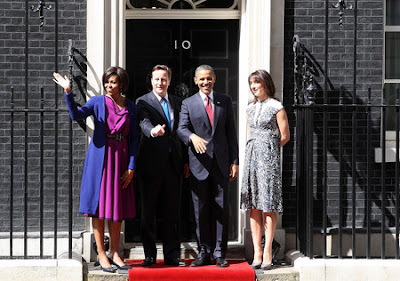 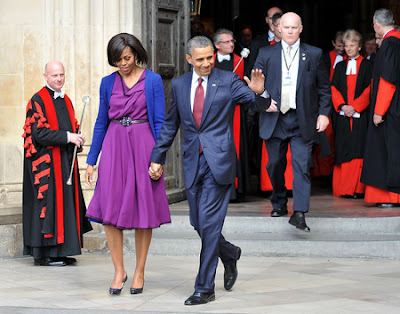 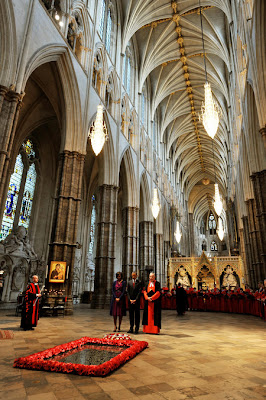 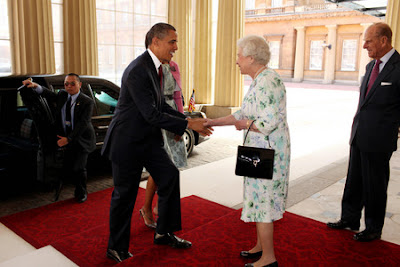 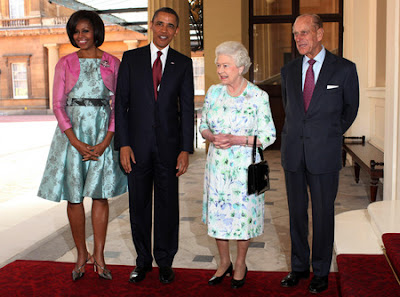 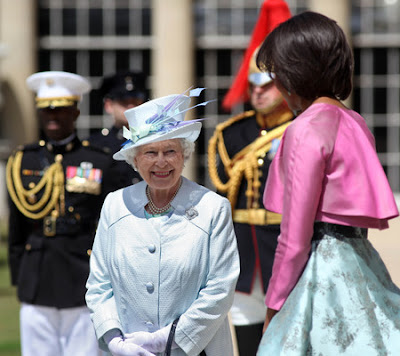 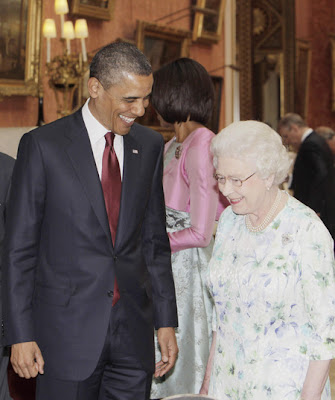 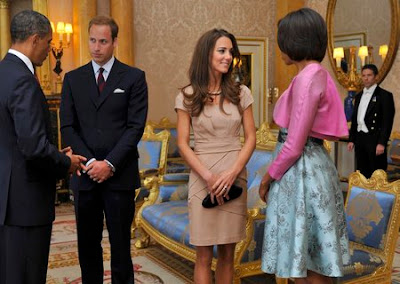 London (CNN) -- U.S. President Barack Obama blended pomp and ceremony with diplomacy Tuesday on the second full day of his weeklong trip to Europe, meeting at 10 Downing Street with British Prime Minister David Cameron and attending a state dinner at Buckingham Palace to exchange toasts with Queen Elizabeth II.
The president and first lady also toured Buckingham Palace earlier in the day and visited Westminster Abbey, where crowds that had gathered along the roads outside cheered their arrival.
Obama will hold bilateral talks with Cameron on Wednesday and address the British Parliament in a speech described by a top aide as an anchor for the European trip, which began in Ireland on Monday and goes on to France for the G-8 summit and Poland.