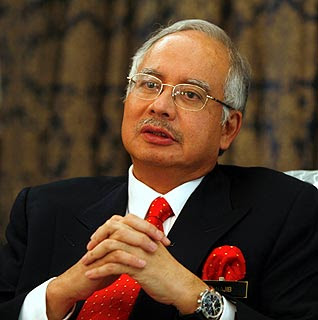 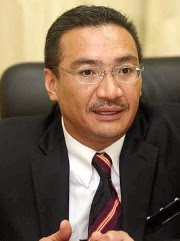 The prime minister said although it took United States 10 years to hunt down Osama, they did so because "when you use violence to kill civilians, the side that feels victimised will retaliate" no matter how long it takes.He said Osama had tarnished the name of Islam by using it to justify his acts of terrorism.

Najib said this had given the religion a negative image. He said the government was against all forms of extremist acts as they were against Islamic principles."Killing civilians is strictly denounced in the Islamic faith. The attack on the World Trade Centre (in New York) 10 years ago by al-Qaeda, which was masterminded by Osama, cannot be accepted by anyone with civilised values or from the Islamic standpoint.

"Although there are things that need to be righted in terms of justice, we cannot fight for it by means of killing innocent civilians. That is not right," Najib said after the 1Malaysia Vaisakhi Open House celebration in Dataran Merdeka.He said Muslims should use their intelligence, practise wasatiyyah (moderation) and reject violence.

The world would be a more peaceful, safer and just place now that the world's most wanted terrorist was dead, said Najib, adding that people would now be more aware that violence was not the right way to achieve one's aims.

However, he said even though Osama's death was a great setback to al-Qaeda, it might not be a death blow for the terrorist organisation."They can always restructure the movement. We can't expect that with Osama's death, it (terrorism) has ended," he said, adding that Osama's loss would affect al-Qaeda's strength as he was the inspiration and basis of the movement.

On possible security concerns in Malaysia, Najib said there were none as al-Qaeda was not present in the country.However, he said police would be on the alert and were prepared to take any action as necessary.

In Kluang, Home Minister Datuk Seri Hishammuddin Hussein echoed Najib's statement that the world would be a more peaceful place now.However, he quickly added that the government would not stop taking measures to monitor militant activities in the country and the region."As long as there are irresponsible parties who would use religion to sow hatred, we will remain vigilant."This is a global problem and we need to find out what leads to such militancy," said Hishammuddin after attending the Sembrong Umno division meeting.
Posted by Joshua Lopez at 10:20 AM