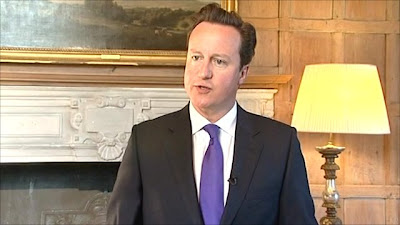 (CNN) Al-Qaeda leader Osama Bin Laden has been killed by US forces in Pakistan, President Barack Obama has said. The al-Qaeda leader was killed in a ground operation outside Islamabad based on US intelligence.
Bin Laden was accused of being behind a number of atrocities, including the attacks on New York and Washington on 11 September 2001.
The British prime minister David Cameron said the news of Bin Laden's death would be welcomed across Britain.
Read More;
Al-Qaeda's leader Bin Laden dead
Posted by Joshua Lopez at 10:15 AM