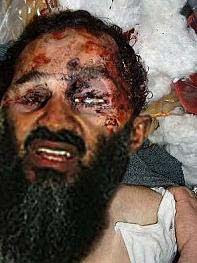 US officials say that initial DNA results prove that al Qaeda leader Osama bin Laden is dead. The officials said the test showed a "very confident match" that it was bin Laden who was killed in the US special forces raid at a luxury compound in Abbotabad, Pakistan.

President Barack Obama announced the death in a televised address from the White House. "Justice has been done", the President said.

"The United States has conducted an operation that killed Osama bin Laden, the leader of al Qaeda and a terrorist who is responsible for the murder of thousands of men, women and children," he added.

Mr Obama claimed no Americans were killed in the operation and care was taken to avoid civilian casualties.

A crowd gathered outside the White House to celebrate, chanting, "USA, USA". Besides September 11, Washington has also linked bin Laden to a string of attacks - including the 1998 bombings of American embassies in Kenya and Tanzania and the 2000 bombing of the warship USS Cole in Yemen. -Yahoo News
Posted by Joshua Lopez at 2:37 PM