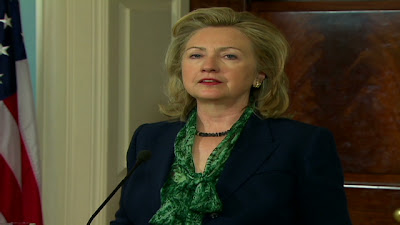 (CNN) -- U.S. Secretary of State Hillary Clinton was quick to suggest that the death of Osama bin Laden offered a unique opportunity for a wider settlement in a region riven by warfare and insurgency.
"Our message to the Taliban remains the same," she said Monday. "You cannot wait us out, you cannot defeat us, but you can make the choice to abandon al Qaeda and participate in a peaceful political process."
That has been a long-cherished ambition of U.S. foreign policy -- to delink the "good" Taliban from the "bad" Taliban and al Qaeda as a way of bringing peace to Afghanistan. As Clinton put in a speech to the Asia Society in February, the Holy Grail was to "split the weakened Taliban off from al Qaeda and reconcile those who will renounce violence and accept the Afghan constitution."
Achieving that goal has become all the more urgent with the looming deadline to begin the withdrawal of U.S. and coalition forces from Afghanistan, and President Obama's goal to complete that withdrawal in 2014. Former British Foreign Secretary David Miliband has argued that the West had effectively announced the date of the end of the war; and that was an invitation to the insurgents to bide their time.
Now -- "post OBL" - the omens may be more encouraging. The secretary of state apparently thinks so. Events across the Middle East, she said Monday, are changing the political landscape. Muslims are "rejecting extremist narratives and charting a path of peaceful progress based on universal rights and aspirations," she said.