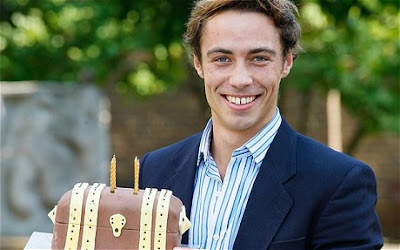 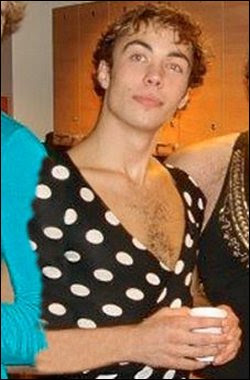 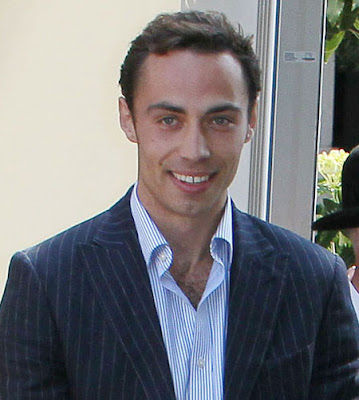 A Talented Entrepreneur coupled with calibre, passion & highly ambitious! I see him taking his business to greater heights towards building his own Billion Dollar Business Empire. This is a Man with a Vision To Succeed. He is A Diva In His Own Right! - Joshua Lopez

24-year-old James Middleton, Kate Middleton’s smokin’ little brother, who delivered the reading at Westminster Abbey. Now we all want to know: who is James Middleton? Is he single? Does he have a great ass like Pippa? And why is “James Middleton gay” a hot Google search term (uh oh)?
James Middleton and his sisters Kate and Pippa all attended Marlborough College, a private school whose tuition these days is roughly $50K a year! [Daily Mail UK]
James dropped out of Edinburgh University in Scotland, where he was studying English, during his first year. “Within a few weeks I knew it wasn’t where I wanted to be,” James told the Telegraph. “I said to myself I would see a year out in case it got good. But I was always looking for business ideas.” James eventually got a bank loan and started the Cake Kit Company, a cake-baking company that runs alongside his parents’ business, Party Pieces. Hello! magazine commissioned James to bake 21 birthday cakes for its 21st anniversary. [Daily Mail UK]
James is considered the “wild child” of the Middleton family and reportedly hangs out with all of Kate and William’s fancy friends, including the other royals. If the gossips at the Daily Mail are to be believed — and there’s a 50/50 chance they shouldn’t — James gets huffy when he isn’t recognized by paparazzi stumbling out of London nightclubs. [CTV.ca]
James seems to have more entrepreneurial notions: earlier this month he registered three businesses Nice Cakes Ltd, Nice Wine Ltd and Nice Group London Ltd. He’s been nicknamed by the British press as a “posh-preneur,” a reference to the fact his family is “posh,” or rich. [Daily Mail UK, Telegraph UK]
Pics of James wearing a polka dot dress and dressed up like a French maid hit the web in 2008. Ooh la la! [Wales Online UK, The Wills & Kate Update]
The gay lifestyle magazine Advocate noted that on Friday morning after James gave a reading at the wedding, “James Middleton gay” became such a hot search term on Google that it started to auto-suggest! However, there’s no evidence to suggest James is actually gay — or that he has a girlfriend either. [Advocate]
http://www.telegraph.co.uk/news/uknews/royal-wedding/kate-middleton/8474786/Royal-wedding-the-very-ambitious-Mr-Middleton.html
Posted by Joshua Lopez at 11:20 AM