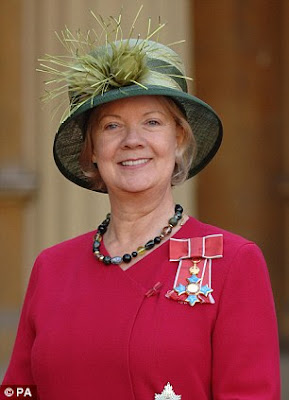 Britain's super-rich have increased their collective wealth by 18% in the past year and now count the country's first ever female self-made billionaire among their number.
The 1,000 richest people in Britain have continued to recover from the economic crisis, which wiped £155 billion from their wealth in 2009, and are now worth £395.8 billion, according to the 2011 Sunday Times Rich List. Last year's total was £333.5 billion after a record 30% increase. The number of billionaires in the UK now stands at 73 - up from 53 last year and almost matching the record of 75 set in the pre-crisis List of 2008, when the collective wealth of the top 1,000 was £413 billion.
Among the new billionaire entries are Douglas, 68, and Dame Mary Perkins, 67, the founders of Specsavers, and their family, who are worth £1,150m.
The 42% increase in their wealth from last year, when the couple's fortune stood at £810m, makes Dame Mary Britain's first self-made woman billionaire, the list suggests.
There are now 108 women among the 1,000 richest - the first time the proportion has surpassed 10%. The highest new entry among the women is Xiuli Hawken, 48, worth £1,066m, who is married to a London teacher. She made her property fortune converting air raid shelters in China into underground shopping malls.
Tory peer Lord Kirkham, 66, is another new billionaire, with his family, after selling sofa business DFS to private equity group Advent International. Their wealth stands at £1,000m, up from £430m last year.
The list, compiled by Philip Beresford, is based on identifiable wealth (land, property, other assets such as art and racehorses, or significant shares in publicly quoted companies), and excludes bank accounts.
The paper also revealed that charitable giving by the top philanthropists in Britain fell by a third last year. Donations by the top 100 people in the Sunday Times Giving List, calculated by the proportion of total wealth donated or pledged in the past 12 months, totalled £1.67 billion - down from £2.49 billion last year.
Posted by Joshua Lopez at 10:57 AM