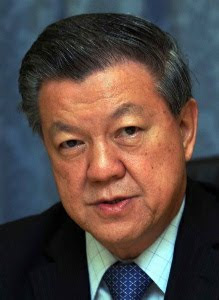 MALACCA: The MCA is not opposing any possible cooperation between Umno and Pas for the sake of Malay-Muslim unity.
However, party president Datuk Seri Dr Chua Soi Lek said Pas had to first set aside its agenda to turn the country into an Islamic state before it could sit down and talk with Umno about any possible return to the Barisan Nasional fold."The MCA does not see any harm in Umno and Pas cooperating but its stand is very clear. The MCA will not accept any policy on the creation of an autocratic and theocratic Islamic state, as wanted by Pas.

"The prime minister is fully aware of our stand on the matter of Pas rejoining BN," said Dr Chua at the end of the three-day MCA National Leaders Brainstorming Camp in Ayer Keroh, here, yesterday.

Dr Chua was commenting on Prime Minister Datuk Seri Najib Razak's call in Kuala Terengganu for Pas to cooperate with the BN and sever ties with the DAP.On Najib's remark that the MCA had sent a message to the Chinese voters that they could not hope for a strong representation in the government if they supported the opposition, Dr Chua said it was a statement of fact.
On Friday, Dr Chua said the MCA might decline positions in federal and state governments if its performance in the next general election was unsatisfactory.Earlier, Dr Chua officially launched the new uniform for party members.
Posted by Joshua Lopez at 11:50 AM