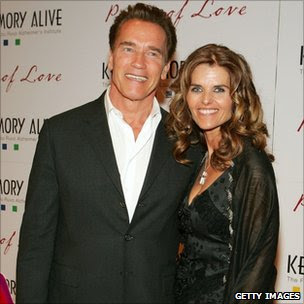 They have solved it amicably and i admire them for that. Often we hear divorcing couples turning very ugly.


(BBC) Former California Governor Arnold Schwarzenegger and his wife Maria Shriver have said they are separating after 25 years of marriage.

"After a great deal of thought, reflection, discussion and prayer, we came to this decision," the two said in a statement.

They said they were working on the future of their relationship while living apart and would also continue to parent their four children together. They did not provide further details. "

Schwarzenegger finished a seven-year run as California governor in January. Mrs Shriver, a member of the Kennedy dynasty, left her job as a TV reporter when her husband was elected.
Posted by Joshua Lopez at 1:50 PM