Anwar Ibrahim Has Lost All Credibility 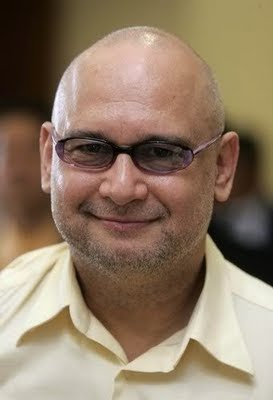 PETALING JAYA: Blogger Raja Petra Kamaruddin claimed Datuk Seri Anwar Ibrahim lost his credibility as the Opposition leader when he failed to fulfil the promise that the Opposition pact would form the government on Sept 16, 2008.

Raja Petra, who said Anwar was once his close friend, added that he too was deceived by the PKR adviser's false promises when he (Raja Petra) was detained under the Internal Security Act. “Anwar came to the court because there were two cases going on simultaneously and told me don't worry, you will be out soon because we are going to form the government on Sept 16',” he said in the second part of an interview with TV3 aired last night.

Raja Petra alleged that unfulfilled promises, internal bickering in Pakatan Rakyat and Anwar's personal issues were enough for the people to re-evaluate Anwar's capability to lead the Opposition pack. He claimed that many had told him that they were disillusioned with Anwar and had lost all confidence in him. “The moment someone criticises the leadership, action is taken against them,” Raja Petra added.

He added that sometimes there were misunderstandings between PAS, DAP and PKR in the running of Selangor, resulting in contradictions among one another pertaining to policies. “Anwar kept quiet while the people below him were fighting. This is not good leadership. A leader knows how to control his soldiers,” Raja Petra said.

In the first part of the interview on Wednesday, Raja Petra said he believed that the order for him to write the statutory declaration (SD) implicating the Prime Minister and his wife in the murder of Mongolian Altantuya Shaariibuu in 2008 came from Anwar.

In his latest blog posting yesterday, Raja Petra said he had never implicated Datin Seri Rosmah Mansor in Altantuya's murder, even in the SD. “Sometimes, we need a storm to get people's attention. Maybe now the police will do what I have been asking them to do in the last three years investigate my SD and ascertain the truth behind what Lt Kol Azmi Zainal Abidin alleged,” he said.

Lt Kol Azmi was a military intelligence officer who Raja Petra claimed was among those who gave him information on the murder.

Related Stories:Najib thankful that truth has been revealed

Dr M: Some bloggers giving others a bad name, too
Posted by Joshua Lopez at 1:38 PM