RPK Corrects Himself About Rosmah Mansor 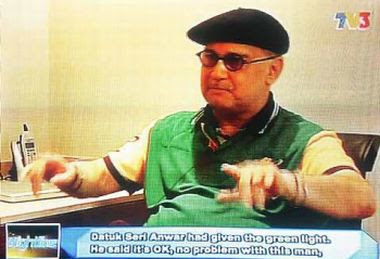 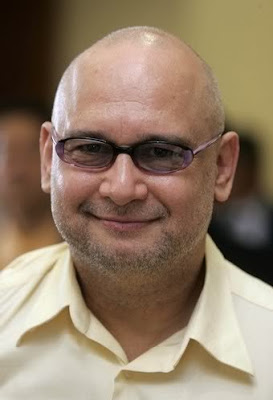 So You Shot like a lose canon implicating The First Lady without checking your facts?! You Seriously Need Mental Rehabilitation! The Damage & Character Assassination you have done on PM & Wife cannot be overturned.

In a sensational interview over TV3 last night, Raja Petra said he had made the allegations on the belief that the order came from PKR adviser and Opposition Leader Datuk Seri Anwar Ibrahim.

The Malaysia Today founder and editor said his SD in 2008 which stated he was reliably informed that Rosmah was among those present at the crime scene on Oct 19, 2006 when Altantuya was killed was based on information and demand by several individuals aimed at preventing Najib from becoming prime minister.

Raja Petra claimed these individuals were connected to several politicians, including Anwar, and that they had put pressure on him to do what he did to prevent Najib from taking over from Tun Abdullah Ahmad Badawi, who relinquished the post in 2009. “I no longer accept the story. I think it's quite impossible. It can't be that the Prime Minister's wife would want to go to such a place; it's a jungle. I'm imagining, climbing up the hill, going into the jungle at night, at midnight, I think it's quite impossible,” he said in an exclusive interview with TV3 Group Editor Datuk Ashraf Abdullah in Perth, Australia, recently.

The interview was aired through TV3's prime time news Buletin Utama last night. Raja Petra said in the SD he made on June 18, 2008, he had stated that he received information from several individuals claiming that Rosmah was at the scene where Altantuya was murdered. “I've never raised any accusation.

I didn't say I knew that the prime minister's wife was at the scene at that time. “And I've mentioned the names of these people during the police investigation,” he said, identifying the individuals as Nik Azmi Nik Daud, John Pang and blogger Din Merican.

He claimed a military intelligence officer known as Col Azmi Zainal Abidin had also given him similar information. He said that in his meeting with Nik Azmi, he had asked the latter why he was being pressured to make the SD. Raja Petra added: “He said Pak Lah would relinquish his post, (and) if we don't block Najib, (he) will become the prime minister to succeed Pak Lah.”

RPK: I don’t believe PM’s wife was at Altantuya's murder scene
Posted by Joshua Lopez at 11:27 AM