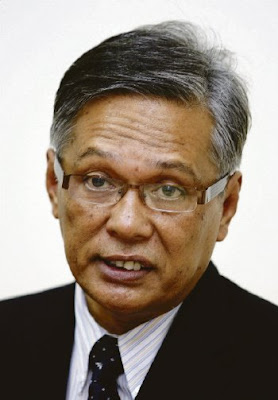 What's Your Fucking Problem?! What gives you the right to make such decisions to throw them to booth camp? Are you dead sure that they wouldn't be pysically abused, torture or sexually abused in the Camp?!!! Your bloody ignorance & that of your Ministry brings international disgrace to this country!!! You and your department have no knowledge & regard to Civil Liberties and Human Rights!!! Plain Stupidity!!!

One Should learn from Lee Kuan Yew on how to be civilized & respect others for what they are.

KUALA TERENGGANU: The state Education Department has sent 66 schoolboys with effeminate tendencies to a camp aimed at helping them behave in a proper manner. "The four-day camp in Besut, the first-ever to be held here, started yesterday. It is to help address the problem afflicting secondary schoolboys."They were listed by their schools who were instructed last year to identify students who displayed feminine qualities," said department director Razali Daud.

He said the remedial effort was prompted by the rising number of effeminate schoolboys in the state. "The severity of the symptoms vary, but the 66 schoolboys were showing behaviours that is not usually displayed by a normal male of their age."Razali said the link between effeminate behaviour among male students and transsexuality should be a matter of concern that should not be ignored.


"As educators, we have to do something about it before the young ones misunderstand people and reach the point of no return."We are not intervening with the process of nature as we are merely trying to guide these students to a proper path in life."The students will be attending physical education and religious classes conducted by motivational speakers.


"The students must understand that there are choices in life and we want them to know all the options available to them. "We understand that some people end up as mak nyah (transvestite) or a homosexual, but we will do our best to limit the number."Razali said parents and teachers should observe the slightest effeminate tendency in their male children from an early age."If left unchecked, it could become a problem later in life for them, their families and society."
Posted by Joshua Lopez at 7:50 PM