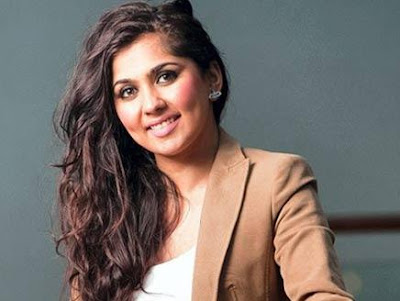 I strongly feel that it's Her Civil & Human Right To Be A Beauty Queen as She Chooses to, Her Religion & followers of her religion shouldn't dictate her dreams, ambitions and lifestyle. And for those who have a problem with her, go get a life! Better Still, Leave UK!

CNN Manchester, England (CNN) – Shanna Bukhari gets some pretty nasty messages through Facebook, she says. They call her a "dirty Muslim." They say England is a "white nationality country" and she shouldn't be allowed to represent it. But that's just what she hopes to do at the Miss Universe beauty contest this year.

If the Manchester, England-based fashion model wins the British contest next month, Bukhari will become the first Muslim to represent Britain at the international contest. The idea isn't going down well with everyone - Bukhari says she has gotten hate mail from across the board. "I've had racists, I've had a minority from Muslim community, I've had it from all religions and all communities that dislike what I'm doing," she said.

The most upsetting messages, she said, are video links suggesting she should be murdered. Since she started getting threats, she has made a point of never being alone, and a private security firm guards her when she appears at charity events, she said. Some of the abuse she gets is based on a misunderstanding, she said. "I am not representing Islam and I am not the one that brought my religion into this," Bukhari said. "The minority out there should not use my religion to attack me."

She's not planning to wear a bikini, she said, explaining that her swimsuit will be a one-piece topped with a sarong. "I don't think I would be comfortable wearing a bikini," she said. Bukhari says she's a good Muslim. "This competition does not define me as a person.

It doesn't make me any less of a Muslim being in a pageant like this," she said. "Pageants like this are happening in Muslim countries as well." And a British woman shouldn't have to defend herself from the sort of criticism she's getting from a few Muslims, she argued. "We live in a Western society and there is a minority out there who is trying to dictate and control others... they need to start accepting England as a whole and treat it as their country."

One of her critics agrees with her on that point. "As much as I may oppose the way a certain person dresses, I think it's important that people should have the right to dress the way they want to dress," said Mohammed Shafiq, the chief executive of the Ramadhan Foundation, a Manchester-based Muslim youth organization working to build cross-community understanding. But, although he says Shanna Bukhari may have a right to enter a beauty contest he says she should not. "Islam is very clear that women should dress in a modest way and guard their modesty, and certainly as a liberal Muslim myself, I do believe that she should do just that." He objects to pageants "where women have to be paraded and idolized as sexual objects," and dismisses the argument that pageant winners do a lot of charity work. "You can promote peace without having the title Mrs Universe or Mrs UK for that matter," he said. Despite his objections to beauty contests, Shafiq says he bears Bukhari no ill will. "I totally condemn the death threats she may have received and the hate mail she may have received," he said. "I've opposed her but it doesn't mean I'm full of hatred and I wish her well."

More people back Shanna Bukhari's quest to be Miss Universe than oppose it, she said. "I've had so much support from all over, not just the United Kingdom ... Hong Kong, China, Pakistan, India, many Muslim countries - it's way more than the hate that I've received," she said.

On the streets of Manchester, where she lives, not a single person who spoke to CNN objected to what Bukhari was doing. "Whether you're Muslim or whatever your religion is, you should be entitled to do what you like. You should be allowed to do it regardless of your religion," said David Yates. "Why not?" asked Priya Baghani, who is not Muslim. "In Manchester there are a lot of Muslims, so that might be representative of this community, so why not?"

Several women wearing headscarves declined to answer CNN's questions about Bukhari. But one of the world's best-known Muslim beauty queens is backing her. Miss USA 2010 Rima Fakih is both the first Arab-American and the first Muslim to win that title. She sought out Bukhari after hearing her story to offer advice and a gift. "Be fearless, be proud of who you are and no matter what anyone tells you by using religion as a tool against you, don't let that affect you," she said. "I sent Shanna a bracelet just like mine," Fakih said, jangling a wrist covered with good luck charms, "and I hope it's going to keep her safe."