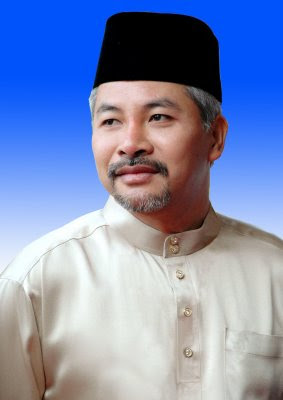 I Pity UMNO for Having Shameless People Like You. If only you see some realistic commonsense, do you think that your people and your people alone can run this country single handedly without non Malays? It's best you do some reading on Tunku Abdul Rahman's past statement's about the reality of your people or better still, read the Malay Dilemma by Dr.Mahathir Mohamad!

Calling the movement spearheaded by Malay rights group Perkasa as “legitimate and noble”, the former Selangor mentri besar questioned why Malays were seen as racist when speaking of Malay unity while other races could speak of their respective unity without objection from the Malays.

“I always wonder why when Malays speak of their native rights it is seen as racist but not when the Chinese speak of their Chinese schools, Chinese language and Chinese economic power,” he said on his blog yesterday.

Dr Khir said it was not wrong or racist for Malays to propose a concept like “1Melayu, 1Bumi” as a response to Chinese voters who increasingly voted for opposition parties like the DAP. He pointed out that Malays saw Chinese support for DAP’s “anti-everything to do with Bumiputeras and Islam” policies as a clear indication that the community now want more political power after successfully controlling the economy.

“Many non-Chinese, especially the Bumiputera, see Chinese support for Pakatan (Rakyat) as support for the empowerment of Chinese political power through the Democratic Action Party (DAP) to erode and eventually eliminate Bumiputera privileges provisioned in the Malaysian Constitution,” he said.

Dr Khir, however, warned that “1Melayu, 1Bumi” should be opposed “to the very end” if it was a racist movement that wished to unify Bumiputeras for the purpose of “oppressing and destroying” the Chinese.

“I, myself, will not agree to any concept that oppresses and destroys other races’ standing,” the Selangor opposition leader said.

He added that whether the concept, first mooted in Utusan Malaysia by assistant chief editor Datuk Zaini Hassan, was racist depended on its execution, demands and wants.

Utusan Malaysia had called on its owners Umno to spearhead a “1Melayu, 1Bumi” movement involving all Malay parties, claiming that the DAP was intent on toppling the country’s Malay leadership.

Former prime minister and Perkasa patron Tun Dr Mahathir Mohamad spoke out against the idea, saying it would be “disastrous” if it came to fruition.

The elder statesman said such a movement would eventually result in a two-party system dominated by the Malays and the Chinese on opposing sides of the divide.

Despite their patron’s statement, Perkasa has said it would be willing to lead such a “1Melayu, 1 Bumi” movement.

Some government leaders had sought to distance themselves from Utusan Malaysia’s clarion call last week, claiming it was the personal opinion of the newspaper’s editors.

Prime Minister Datuk Seri Najib Razak assured that the Malay-language daily would not deter the government’s commitment to his 1 Malaysia brainchild.
Posted by Joshua Lopez at 3:23 PM