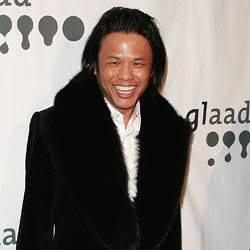 A World Reknown Malaysian Designer! Self Made In New York!

ZANG TOI was born and raised in a small village in Kelantan, the youngest of seven children of a grocer. After leaving his native Malaysia at the age of eighteen, Zang arrived in New York and at the age of 20, began his studies at Parsons School of Design. In August 1989, he opened his atelier and soon after, Zang was awarded the 1990 Mouton Cadet Young Designer of the Year award which recognizes the top, young U.S. designer of the year.

In a Newsday article published in 1991, Frank de Car enthusiastically noted of the Malaysian-born designer and his success, “If anyone is THE NEXT BIG THING, it’s him.” (Newsday, New York, 29 April 1991)

Since then, Zang has captured the attention of the world’s fashion elite and continues to be characterized by his precocious aptitude and astute business acumen. After making his designs available in Malaysia in 1996 through his specialty dress shop in Lot 10 Shopping Center, in 2004 and 2005, Zang further expanded his operation with a Zang Toi Café in the fashionable Pavilion Shopping Center in downtown Kuala Lumpur, and with the Zang Toi shoe licensing in Malaysia.

Zang continues to have a strong presence in the international fashion scene. Having dressed the likes of Sharon Stone, Gong Li, Eva Longoria, Fergie of the Black Eye Peas, Heather Graham, Devon Aoki, Farrah Fawcett, Patti LaBelle, Ivana Trump and Melinda Gates, Zang Toi is now considered an established name in the world of Haute Fashion. His timeless and uncompromising designs pamper women with elegance and glamour - inspired by his love of travel and fine living.

AWARDS and ACHIEVEMENTS
MOUTON-CADET YOUNG DESIGNER AWARD (1990)
LIMELIGHT ELSA SCHIAPARELLI CREATIVE DESIGN AWARD (1992)
AWARD FROM THE OFFICE OF THE COUNCIL PRESIDENT, CITY OF NEW YORK, IN RECOGNITION OF OUTSTANDING ACHIEVEMENT IN THE ARTS (1993)
MONSIEUR STYLE AWARDS-BEST WOMENS WEAR DESIGNER (1997)
AWARD FROM INTERNATIONAL CENTER OF NEW YORK, IN RECOGNITION OF SIGNIFICANT CONTRIBUTION TO LIFE IN THE UNITED STATES (2002)
FASHOIN GROU STAR GAZER AWARD FOR DESIGNER APPAREL (2003)
IN APPRECIATION OF HIS CREATIVE TALENT & SUPPORT TOWARDS HEMANGIOMA TREATMENT FOUNDATION (2005)
LIVESTRONG CHALLENGE, AUSTIN CHAMPION AWARD TEAM TOI (2007 and 2008)
LIVESTRONG CHALLENGE, AUSTIN CHAMPION AWARD, ZANG TOI (2007 and 2008)
THE RIDE FOR THE ROSES, INDIVIDUAL CHAMPION AWARD, ZANG TOI (2007 and 2008)
EUROPEAN SCHOOL OF ECONOMICS, VISION AND REALITY AWARD OF EXCELLENCE IN FASHION (2009)
VISIONARY OF HOPE AWARD, IN RECOGNITION OF OUTSTANDING ACHIEVEMENT, EXEMPLARY SERVICE & COMMITMENT TO THE COMMUNITY IN THE FIGHT AGAINST CANCER (2009)
Posted by Joshua Lopez at 11:20 AM