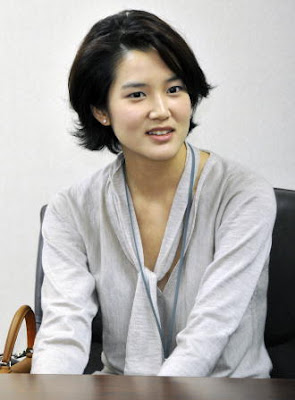 Generosity Beyond The Word!

Touched by the news about Japan's earthquake and tsunami disaster, one Singaporean decided she wanted to do more.

24-year-old Elaine Low presented her contribution to Japanese Ambassador to Singapore Yoichi Suzuki on Wednesday -- a cheque for S$1 million.

Ms Low is the daughter of Datuk Low Tuck Kwong, 63, founder of Bayan Resources, an Indonesia-based coal-mining company. She is in charge of business development at the company.

Ambassador Suzuki said Low's donation was the largest the embassy had received so far for the tsunami victims, and it would boost the morale of those affected by the disaster.

Low, who is leaving it to the Japanese to decide how best to use her donation to help victims, said, "My family and I feel that it's an unfortunate disaster and wanted to offer our help." The cheque presentation was held at the Japanese Embassy in Nassim Road.

Low's father, who was present at the ceremony, was clearly proud of his daughter's generosity -- the S$1 million comes out of her own pocket.

He said the family has friends in Japan and the company also has business ties there. It imports equipment from Japan and supplies coal to Japanese power plants.

The family had previously donated to disaster victims in China and Indonesia, he added. Low, who lives in Singapore, did not want to answer more questions about herself or her gift, saying her family preferred to keep a low profile.

According to The Straits Times, all she would say was: "We sincerely just want to help the people affected by this unfortunate event."

Ambassador Suzuki revealed that the money would probably go to the Japanese Red Cross Society to decide how to use it for disaster victims.

Kazuo Shibata, president of The Japanese Association, Singapore, who also attended the cheque presentation ceremony, said he was surprised an individual had given so much.

"I was really glad to know that a Singaporean would pay so much attention to what's happening in Japan. I do not know of any Japanese who has donated such a huge amount so far," he said.

It's good to see the rich standing up in hours of needs. I am sure the 1million from Elaine Low would come in handy for those Japanese in need