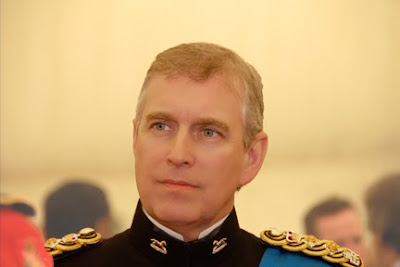 Well, I find it to be a human error, nothing alarming but obviously there are bigots out there who spend their lives trying very hard to bring people down simply because they no that they can't make it to such positions! Pure Jealousy coupled with Evilry!

(BBC) David Cameron has given his full backing to the Duke of York in his role as a UK trade envoy, hours after No 10 sources questioned the prince's future.

The prime minister's spokesman said there was no review of his post and Mr Cameron had "full confidence" in him.

Prince Andrew has been criticised over his friendship with Jeffrey Epstein, a convicted sex offender and financier.

Mr Cameron's official spokesman said later on Monday: "We fully support Prince Andrew in his role as trade envoy. Our position is very clear. There is no review of his role."

He said the prime minister would not comment on unattributable briefings and he did not know where they came from. Other ministers and officials have defended the prince's work, adding that it is regularly reviewed.

Chancellor George Osborne said he had been doing a "good job" promoting British exports, while Labour leader Ed Miliband said when he was in government he had seen the prince do an "effective job".

Earlier, Business Secretary Vince Cable said the prince would have to judge his own position, although there would be "conversations" about his future role.

"I think we need to remember he is doing this as a volunteer, he is not a government appointee, he is not somebody who is appointed and sacked," Mr Cable told the BBC.

"The assessment of the businesses I have seen that have worked with him is that he has been supportive and helpful."