Obama's 'thoughts with people of Japan' 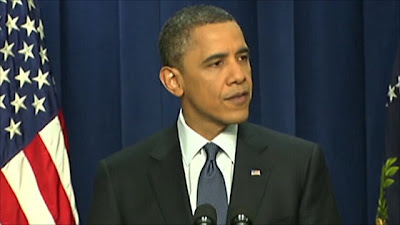 Mr.President, I'm sure you can do better than sending your thoughts and prayers via some form of devine intervention!

US President Barack Obama has said that his "thoughts and prayers are with the people of Japan" after a massive earthquake and tsunami hit the country.

Mr Obama also said that tsunami waves had arrived along the US pacific coast, but little damage had been reported.

In Santa Cruz boats came loose from their moorings and collided with other vessels as the swell reached the area.
Posted by Joshua Lopez at 11:20 AM