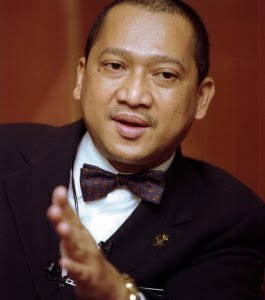 For one he is a nationalist and by this I mean that he would protect this country even from itself, in that he would certainly disavow any possible sectarian violence. Next I am certain that he is liberal in the sense of not wanting to infringe on anyone’s civil liberties.

MARCH 29 — Certainly it was rude of Datuk Seri Nazri Aziz to basically call MCA a party that had been abused but still refused to leave the BN coalition. Aside from the rudeness though, what actually does MCA bring to the BN coalition? Do they provide any additional voter support to the BN? Can MCA still claim to have even a modicum of the support of the Chinese in Malaysia?

From my perspective it is clear that DAP is the party that has the support of the vast majority of the Chinese in Malaysia. If I am right then Nazri cannot really be wrong. These are hard truths that we as a nation have to live with. Yes, Nazri may be wrong in that he does not defend a member of his own coalition, but politics is not a game for losers. BN is and hopes to always be, a coalition of winners. Realpolitik demands that we are realistic and to some extent this ensures that the will of the people is acted upon. Nazri is a politician’s politician.

I have fought with him on occasion but I have always been able to understand his point of view even in conflict. It is clear to me that he believes that MCA no longer serves the purpose of the BN as they are unable to bring much to the table. Is this treachery on behalf of Umno? Well I suppose it depends on who you believe you serve. If you serve the people of Malaysia then I don’t believe it is. If you feel you must defend old friends at the expense of the people then you will be most likely be considered a traitor by them. Unfortunately when it comes to politics you have no friends: you only have common interests.

That is as it should be for you are supposed to represent the people and not your gang of friends or family. Of course the common man feels that there has to be an “esprit de corps” but at the highest level you have to answer a pretty simple question. Who do I serve? To my mind any true leader has this answer ingrained within him. He should know what to do in the fog of the political war. It does not matter whether the people understand or not, so long as he is resolute in his conviction. It is nothing personal. If you no longer command the support of the community like you did in the past, what do you expect me to do? We have given you time to rebuild yourself but your own people seem to have deserted you. At the same time we have been slowly galvanising our own support base fairly successfully.

I suppose in a way it was a privilege to know the man who has little nonsense in him but has a heart that transcends the best of men. I had a massive disagreement with him when he wanted to revive Tan Sri Rahim Thamby Chik as the Umno Youth head in the mid-nineties. Though we both fought hard in the meeting, he prevailed and Rahim was returned as the head. The funny thing about Nazri though was that he invited me to lunch the day after. Nothing personal, he had his reasons at the time and looking back I can see his point of view even if I maintain my point of view.

I no longer wear a political cap so I guess I can tell the hard truths. I want a united Malaysia where all races and religions are represented by those chosen by their respective electorates. I am not about to pretend otherwise. As Nazri said, “I am Malaysian first and Malay next...” For me, we have to respect the wishes of the electorate and if the Chinese community want DAP then we have to work within those confines.
Posted by Joshua Lopez at 11:30 AM